After strong gains over most of this year, September proved to be a rocky month for global stock markets.

The broader Australian market fell more than 2 per cent over the month, while the United States market suffered a fall of almost 5 per cent. That was its largest monthly decline since March last year.

Daily volatility was a feature of stock market trading activity throughout September. Over the course of the month, stock markets closed lower from the previous day twice as many times as they closed higher. 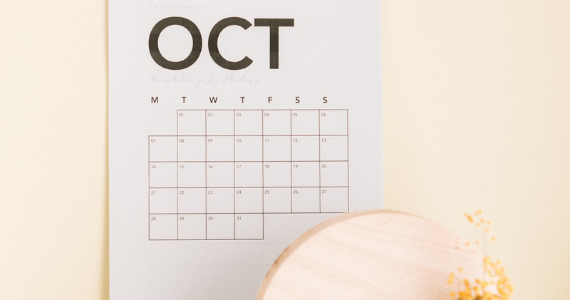 The reasons for the current volatility are many but, generally speaking, investors have been taking a cautious approach to domestic and international economic and business data.

They’ve also been keeping a wary eye on the continued spread of the coronavirus around the world.

There are also fears around the potential collapse of debt-laden property developer China Evergrande Group, and data showing U.S. economic growth is slowing.

Then there are ongoing geopolitical issues, including rising tensions between China and the U.S., the United Kingdom, and Australia, which also continue to be of concern. So is the increasing instability in some parts of Europe, Asia and the Middle East.

A report last month by the Organisation for Economic Co-operation and Development (OECD) concluded the global economy is growing at a faster rate than pre-COVID, helped by government and central bank financial support and by the steady progress in vaccination rollouts.

Yet, concerns over rising inflation levels around the world continue to feed into concerns that interest rates will rise sooner, and potentially higher, than expected. That would have major negative repercussions, especially for borrowers heavily geared into property.

Those medium-term concerns certainly won’t be disappearing in October and, barring any unforeseen events, we should expect volatility on markets to carry through.

With global share markets reaching all-time highs this year, should you be concerned as we head into the month of October?

October certainly does have a notorious reputation on stock markets.

Renewed investor concerns over the spread of COVID-19 and pre-election jitters in the U.S. saw global stock markets fall more than 6 per cent in October last year.

It was an abrupt end to what had been a strong rally following what has now become known as the “COVID crash” of February 2020.

And, once again, questions were asked. Is October more prone to market volatility than other months of the year? Was this just another case of the so-called “October effect”?

Most of the biggest crashes in history have all occurred during the month of October.

They include the Panic of 1907, also known as the Knickerbocker Crisis, when the New York Stock Exchange fell almost 50 per cent in October of that year after numerous runs on banks and trust companies.

The Wall Street crash on October 29, 1929, which triggered the Great Depression, was sparked by panic selling as nervous investors moved to cash in their shares amid fears the market may fall very soon. As a result of the mass selling activity, it did.

Large-scale computer-driven selling was the main driver of the October 1987 market crash that wiped more than 30 per cent off the value of the Australian market over four successive trading days.

Then, following the collapse of U.S. investment bank Lehman Brothers in September 2008, global markets fell heavily in October 2008. It marked the beginning of the Global Financial Crisis.

“October: This is one of the peculiarly dangerous months to speculate in stocks. The others are July, January, September, April, November, May, March, June, December, August and February,” he noted.

Twain didn’t have the long-term financial statistics that we have at our ready disposal today to back himself up. But he wasn’t wide of the mark.

While major market events have occurred in multiple past Octobers, the tenth month of the year is really no different to any other month.

As we saw with the February-March COVID crash that occurred last year, market volatility, including sharp corrections, can happen at any point in time for various reasons.

It’s also worth bearing in mind that markets have recorded strong gains over the last year.

The broader Australian stock market is still around 25 per cent above where it was this time last year, and the U.S. market is up more than 27 per cent.

What’s most important as an investor is to remain disciplined and aligned to your long-term investment goals, irrespective of short-term market volatility, based on the principles of good asset diversification and keeping investment costs as low as possible.

Telephone the practice on |PHONE| if you’d like to talk about investing.  Alternatively, you may wish to make an appointment with a financial adviser of your choosing by using our online booking link.

Source: Vanguard October 2021
Reproduced with permission of Vanguard Investments Australia Ltd
Vanguard Investments Australia Ltd (ABN 72 072 881 086 / AFS Licence 227263) is the product issuer. We have not taken yours and your clients’ circumstances into account when preparing this material so it may not be applicable to the particular situation you are considering. You should consider your circumstances and our Product Disclosure Statement (PDS) or Prospectus before making any investment decision. You can access our PDS or Prospectus online or by calling us. This material was prepared in good faith and we accept no liability for any errors or omissions. Past performance is not an indication of future performance.
© 2021 Vanguard Investments Australia Ltd. All rights reserved.
Important:
Any information provided by the author detailed above is separate and external to our business and our Licensee. Neither our business nor our Licensee takes any responsibility for any action or any service provided by the author. Any links have been provided with permission for information purposes only and will take you to external websites, which are not connected to our company in any way. Note: Our company does not endorse and is not responsible for the accuracy of the contents/information contained within the linked site(s) accessible from this page.