The effect of COVID-19 on the Australian economy so far

The effect of COVID-19 on the Australian economy so far

Three months ago, if the government and economists were told that the economy would grow by 0.7% during the June quarter, they might have been disappointed.

Back then the employment market was picking up pace, big sectors of the economy such as construction and retail were enjoying a government assisted spending boom, and the main concern on the horizon was the potential for inflation.

Fast forward to last week when the Australian Bureau of Statistics (ABS) released the Australian GDP growth figure for the June quarter, which actually came in at 0.7%. There was a metaphorical sigh of relief about the better-than-expected outcome, and likelihood that Australia had avoided a double dip recession.

The change in outlook, of course, reflects the lockdown along the east coast of Australia and the large number of COVID-19 positive cases in the community. The lockdowns and restrictions mean the current quarter is likely to contract by around 4.0%.

But first to the June quarter. 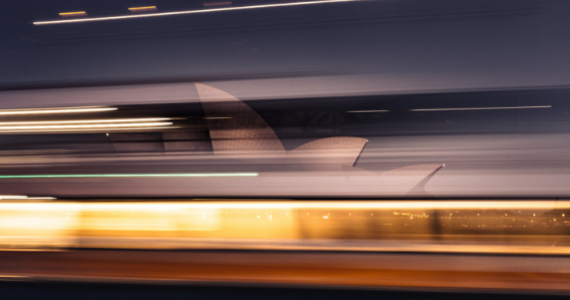 The June quarter saw GDP rise 9.6% from the lockdown depressed June quarter of last year, but quarterly growth slowed to 0.7%, quarter-on-quarter. Domestic final demand rose a strong 1.7%, with consumer spending up 1.1%, business investment up 2.3%, dwelling investment up 1.7% and public demand 1.9% higher. Stocks and net exports detracted from the final figure.

The official economic figures were consistent with the June half year earnings reporting season, where listed company profits rose nearly 50% last financial year, helped along by resources and banks. Around 75% of companies reported higher profits. The big positive was a huge return of capital to shareholders, with 89% of companies raising or maintaining dividends driving a record dividend payout of nearly $40 billion, and over $20 billion in buybacks.

Since the end of June, the news flow has been bleak.

Locally acquired coronavirus cases have surged, driven by big jumps in New South Wales, and cases in Victoria and the Australian Capital Territory. This has led to various hard lockdowns, notably in Sydney and Melbourne, which are likely to extend well into October.

Our rough estimate is that the lockdowns since late May are costing the economy around $28 billion in lost output. That’s why the economy is expected to go backwards by about 4% this quarter.
There are also psychological costs of lockdowns too.

All this bad news is hitting when over developed nations are reopening thanks to being further ahead in vaccinations. There’s a sense that Australia is being left behind.

Even when reopening comes as vaccination targets are met, it will be very different to last year. Back then the number of COVID-19 cases had fallen to zero or around there. This time, numbers will be much higher and that will take some getting used to.

And the degree and speed of reopening that can safely occur, avoiding problems in the hospital system, when vaccination rates are 70% and then 80% may be limited as at these levels there will still be many who haven’t been vaccinated.

But it’s not all grim news.

While it would be wrong to get too confident – coronavirus has had a few occasions over the last 18 months where it looked under control only to flare up again – there is reason for optimism.

Lockdowns are painful but Australia’s policy of suppression has saved lives, and if we’d taken a laxer approach and had the same per capita number of deaths as the UK and US, we could have lost around an additional 48,000 people.

In Australia, the death rate is now running about 30% below the level predicted based on Victoria’s second wave last year. And the pace of vaccinations has doubled from one million vaccines a week to 1.9 million a week over the last six weeks. The first re-opening target of 70% should be hit by late October, and 80% in November.

There are reasons on the economic front to be positive as well.

People will have to learn to live with COVID-19 and so the initial recovery might be slower than seen last year. However, there’s pent up demand, thanks to government support payments and constraints on spending in lockdowns. There’s a reasonable degree of job security, reflecting government business support payments.

And the ABS business investment survey of July and August still points to significant growth in investment this financial year.

Monetary policy will likely be easier for longer, as the hit from the lockdowns and a slower initial recovery results in a higher unemployment profile through next year than the Reserve Bank had been assuming.

And finally, Australia will benefit from the cyclical global recovery. Peak global growth will probably occur this year at around six per cent, followed by a five per cent expansion next year.

Putting all that together, the economic recovery will experience a setback this quarter, but thanks to the June quarter economic growth figures, it’s far less likely to see a double dip recession. The start of a gradual reopening from October will gather pace later in the year and into 2022 as higher vaccination rates are achieved.

Reproduced with the permission of the AMP Capital. This article was originally published at https://www.ampcapital.com/au/en/insights-hub/articles/2021/september/the-effect-of-covid-19-on-the-australian-economy-so-far
While every care has been taken in the preparation of this article, AMP Capital Investors Limited (ABN 59 001 777 591, AFSL 232497) and AMP Capital Funds Management Limited (ABN 15 159 557 721, AFSL 426455) (AMP Capital) makes no representations or warranties as to the accuracy or completeness of any statement in it including, without limitation, any forecasts. Past performance is not a reliable indicator of future performance. This article has been prepared for the purpose of providing general information, without taking account of any particular investor’s objectives, financial situation or needs. An investor should, before making any investment decisions, consider the appropriateness of the information in this article, and seek professional advice, having regard to the investor’s objectives, financial situation and needs. This article is solely for the use of the party to whom it is provided and must not be provided to any other person or entity without the express written consent of AMP Capital.
This article is not intended for distribution or use in any jurisdiction where it would be contrary to applicable laws, regulations or directives and does not constitute a recommendation, offer, solicitation or invitation to invest.